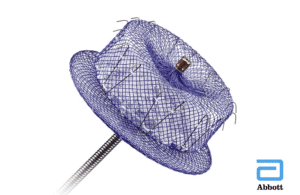 The second LAAC survey commissioned by SVB Leerink, which compared information from electrophysiologists to information from interventional cardiologists in the previous survey, pointed to the deceleration of Watchman volume expectations from double-digit growth in 2021-2022 down to high-single-digit-growth in 2023, according to analysis.

Analysts say that, although Abbott’s gain of traction in the LAAC space — with the company garnering FDA approval for its Amplatzer Amulet device earlier this month — comes to a lesser extent than Boston Scientific’s, the survey points to faster volume growth at centers adopting both devices and better Boston Scientific market share retention overall.

“This survey, in combination with our previously conducted analysis, undoubtedly reads negatively for [Boston Scientific] (and conversely positively for [Abbott]), and if this survey proves correct on both market growth and share shifts, there appears to be downside risk to Watchman numbers over the next few years vs. the current double-digit growth (21% in 2022 and 13% in 2023) consensus projections,” SVB Leerink analysts wrote. “However, we think the nuances around the data and the market growth assumptions are likely to ultimately prove much less bad than feared for [Boston Scientfic], and we actually are maintaining our view, for now, that Watchman can grow solidly in the double-digit range for the foreseeable future.”