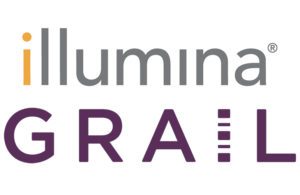 Reuters reported this week that Illumina (Nasdaq:ILMN) may face a heavy penalty in Europe for completing its acquisition of Grail.

According to the report, the likelihood is that Illumina is penalized with a fine totaling 10% of its global annual turnover — the maximum penalty available. This comes as a result of the company closing the acquisition of Grail without European Union antitrust approval. Reuters cited “people familiar with the matter” in its report.

Reuters also said Illumina prepared $453 million to pay a potential EU fine with a plan to appeal against a penalty. The company believes its merger with Grail remains “pro-competitive” and in the best interests of patients worldwide, the report said.

The report stated that Illumina challenged the EU veto on the deal.

The history behind Illumina’s attempt to acquire Grail

The much-scrutinized acquisition of Grail, a cancer detection technology developer, has hit a variety of hurdles. In September 2020, Illumina agreed to acquire Grail, a startup that initially spun out from the company in 2016.

In September, the European Commission issued a decision prohibiting the planned acquisition.

That roadblock came shortly after a ruling in the U.S. that favored the acquisition. An administrative law judge in the U.S. rejected the Federal Trade Commission’s argument that the $8 billion acquisition of Grail is anti-competitive.