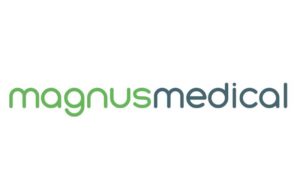 Burlingame, California-based Magnus designed its individualized, rapid-acting, non-invasive neurostimulation platform to treat major depressive disorder (MDD) for people who have not improved sufficiently from antidepressant medication or other treatments.

Magnus based its system on SAINT technology, which was licensed exclusively to the company from Stanford University for commercialization, according to a news release.

An article published online by the American Journal of Psychiatry included results from an investigational randomized controlled trial evaluating SAINT that demonstrated the potential to be a reproducible, rapid and highly effective treatment for severe, refractory depression in a broader clinical setting.

According to Magnus Medical Co-Founder & CSO Dr. Brandon Bentzley, the study showed the effectiveness and speed of the treatment, with 79% of people entering remission after just five days of treatment.

“We are thrilled that the FDA has recognized the novelty and potential of our therapeutic approach for major depression,” Magnus Medical Co-Founder & CEO Brett Wingeier said in the release. “Treatment-resistant depression causes enormous human suffering, and it’s imperative to find a truly effective solution. With individualized, accelerated treatment we will finally be able to offer people with treatment-resistant depression the ability to manage their symptoms acutely, and eventually stay well for a lifetime.”

In addition to the breakthrough nod, Magnus raised $25 million in a Series A financing round co-led by JAZZ Venture Partners and Red Tree Venture Capital.

“JAZZ eagerly invested in Magnus Medical, because the company will commercialize a major breakthrough in the treatment of major depressive disorder and other mental health illnesses that will change the standard of care and reshape how people are treated for mental health emergencies in hospitals and clinics,” JAZZ Managing Partner Dr. Andrew Firlik said. “Moreover, Magnus will bring to market remarkable technology that greatly improves the clinical outcomes and quality of life for people suffering from intractable depression.”