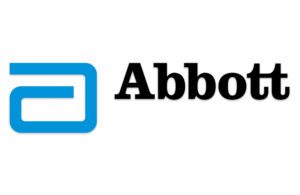 Abbott Park, Illinois-based Abbott presented the findings at the annual Scientific Sessions of the Asia Pacific Heart Rhythm Society (APHRS). The data, simultaneously published in the Journal of the American College of Cardiology: Clinical Electrophysiology, has also been submitted to the FDA for evaluation for approval, according to a news release.

The Leadless II trial of 200 patients across 43 centers in the U.S., Canada and Europe followed subjects over six weeks. Results demonstrated 98% successful implant of Aveir into patients, with 96% of patients eating the safety endpoint of no serious adverse device effects and 95.9% meeting the efficacy endpoint of acceptable therapy delivered to the patient (known as therapeutic pacing threshold and sensing amplitude).

Physicians were able to accurately position the device either the first time or with one single repositioning in 96% of clinical cases, Abbott said.

“As we developed the Aveir leadless pacemaker platform, our fundamental guiding principle was to design a device with extended battery life that could be retrievable, expandable to incorporate future innovation and provide improved patient outcomes with a minimally-invasive implant procedure,” Abbott SVP of Cardiac Rhythm Management Randel Woodgrift said in the release. “The results of the Leadless II study are a strong indicator that once the device is approved, the Aveir system can help physicians manage the care of patients with certain abnormal heart rhythms.”

Abbott’s leadless pacemaker appears to represent an effort to take on Medtronic’s Micra platform, which are one-tenth the size of previous pacemakers on the market. An earlier contender to battle Micra was the Nanostim pacemaker that St. Jude Medical acquired. St. Jude Medical, now part of Abbott, halted Nanostim implants in 2016 over potential battery problems.