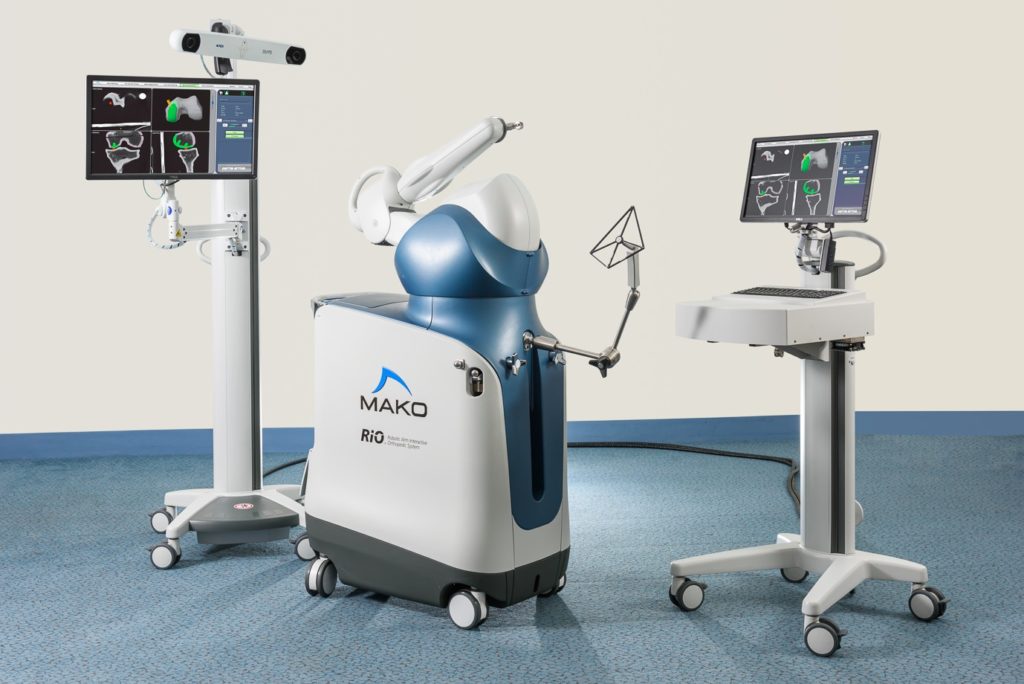 Despite having won FDA approval for its Mako Triathlon total knee device last August, Stryker has yet to launch the offering.

Hoping to avoid the problems Kalamazoo, Mich.-based Stryker ran into with its surgical navigation system, which caught on only in Australia, the company is running a pair of clinical trials to study how surgeons use the robot-assisted surgery platform.

In a recent Barclay’s survey, 22% of doctors that were surveyed reported using the Mako system, and 25.5% of them said they would use it more in the future.