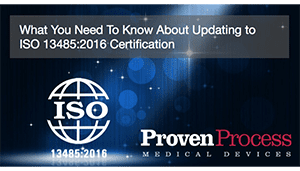 The international standard ISO 13485 governs the manufacture of medical devices. The first edition was published by the International Organization for Standardization (ISO) in 1996. The ISO currently reviews standards at least every five years to determine whether they need to be updated. The first update to ISO 13485 was released in 2003. This has now been superseded by ISO 13485:2016, which came out on March 1, 2016. According to the ISO, this set of standards was updated “to respond to the latest quality management system practices, including changes in technology and regulatory requirements and expectations.” The standard is used by medical device manufacturers to ensure the quality of their products and by third-party entities to certify companies that manufacture such devices.