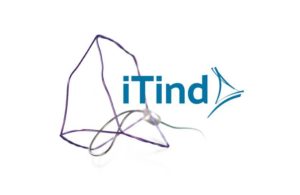 The Japanese conglomerate did not disclose the financial terms of the acquisition, which was finalized after the company exercised a call option in February, according to a news release.

Israel-based Medi-Tate develops the iTind device, which it designed as a flexible, three-strut nitinol device that can be placed during an in-office procedure. It expands over five days to create channels for allowing urine to flow and reshaping the prostate. Medi-Tate’s device won CE Mark approval in Europe in 2012.

Olympus previously held the exclusive right to distribute Medi-Tate products in the U.S. through a strategic investment dating back to 2018, having announced FDA de novo approval for the device in April 2020.

“The acquisition of Medi-Tate aligns with our corporate strategy of focusing on three priority therapeutic areas within our therapeutic solutions division — gastroenterological endotherapy devices, urological devices and respiratory endotherapy devices,” Olympus COO Nacho Abia said in the release. “Medi-Tate’s innovative products offer a truly minimally invasive treatment option for patients and flexibility in the delivery of care for healthcare professionals.”

Medi-Tate CEO Ido Kilemnik added that the company believes Olympus “appreciates” Medi-Tate’s focus placed on long-term clinical results and the work the team has put forth so far.

“We are pleased to be joining Olympus, which shares our vision of making iTind the global standard for BPH treatment,” Kilemnik said. “We are excited to be collaborating with Olympus in our effort to enhance the patients’ quality of life.”