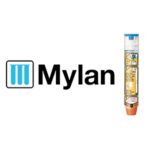 Mylan (NSDQ:MYL) said today that it would reduce the out-of-pocket patient cost for its EpiPen product, after being widely criticized for raising the price nearly 500% since 2009.

Although the list price for the epinephrine injector remains the same, Mylan said it would increase eligibility for its patient assistance program, which eliminates out-of-pocket costs for uninsured and underinsured patients. The Hatfield, U.K.-based company also said it would expand its savings card program to cover up to $300 for the EpiPen 2-Pak for patients. The device, which cost $100 for a pair in 2009, is now priced at about $600 per pair.

The move drew a lukewarm response from lawmakers who’d pressed Mylan this week on the price hikes. Sen. Amy Klobuchar (D-Minn.), who wrote a letter to the Federal Trade Commission urging an investigation of Mylan, said it was a “welcome relief” for patients who struggle to afford the lifesaving prescriptions, but it doesn’t address the root problem.

Following criticism from Hillary Clinton yesterday, a spokesman for her presidential campaign today praised the company’s efforts, but said that more needs to be done.

Clinton “welcomes the fact that Mylan is now apparently open to taking steps to lower some of the cost sharing burdens imposed on families [but offering] discounts for selected customers without lowering the overall price of EpiPens are insufficient, because the excessive price will likely be passed on through higher insurance premiums,” spokesman Tyrone Gayle said in prepared remarks, according to Reuters.

“Offering a meager discount only after widespread bipartisan criticism is exactly the same tactic used by drug companies across the industry to distract from their exorbitant price increases,” Cummings said. “Nobody is buying this PR move anymore.”

When the wave of criticism began August 22, Mylan shares dropped 10%. They’ve since rebounded 3.2%, following the company’s announcement of the discount. The stock was trading at $43.33 per share in mid-afternoon activity today, up 0.4%.

Mylan CEO Heather Bresch, who is the daughter of Sen. Joe Manchin (D-W.Va.), defended the device’s price today, saying the company has spent hundreds of millions of dollars improving the EpiPen.

Bresch is arranging to meet with members of Congress to discuss what she referred to as an “unsustainable” drug pricing system. She claims she’s reached out to critics including Sen. Charles Grassley (R-Iowa), who sent her a letter August 23 pressing for data that could defend the company’s price hike.

“As a mother, I can assure you, the last thing that we would ever want is no one to have their EpiPen due to price,” Bresch said in an interview today with CNBC.