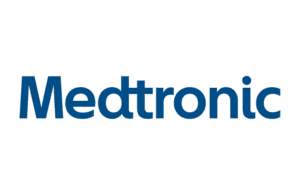 Medtronic (NYSE:MDT) announced today that it made four new appointments to its executive team, including strategy and innovation heads.

“We’re making bold moves to lead in healthcare technology and be a destination for world-class talent,” Medtronic Chairman & CEO Geoff Martha said in the release. “These executive appointments bring outside-in thinking, new skills and capabilities, and diverse perspectives to our already talented leadership team – and will continue to power Medtronic’s transformation.”

Hopkins joins Medtronic from Back of America Merrill Lynch, having served as a Managing Director there since 2008, covering the medtech industry. Medtronic said he was ranked as the top analyst in the sector each of the past three years by Institutional Investor’s annual survey. He will work with the company’s senior leadership to cover strategy, business development, capital deployment and investor communication.

Jiang previously held the position of SVP & Global Head of Innovation, Product & Solutions at Iron Mountain. She also spent six years at HP and previously led three startups into accelerated growth. Her new role at Medtronic includes working with leaders across the company to test, expand and accelerate its data, digitization and AI strategies.

Sahney, a medtech veteran of more than 25 years, will join Medtronic from Hyalex Orthopaedics, where she has served as CEO and a member of the board since 2017. Previous roles include SVP & GM of ENT & Gynecology at Smith+Nephew and President, CEO & Co-Founder of Myomo. Her duties at Medtronic include driving innovation and expanding access to more patients worldwide for the pelvic health business.

Kiil, the final addition at the start of next year, will come from Smith+Nephew, where he served as president of the company’s global orthopaedics business, holding responsibility for areas including reconstructive arthroplasty, robotics, trauma and extremities. He previously held leadership roles at NuVasive, Alcon and Stryker. Kiil will be responsible for driving innovation and delivering cranial and spinal therapies more quickly around the world.