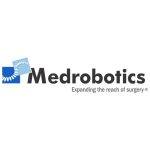 Medrobotics said yesterday that it raised a $25 million equity round for its Flex robotic endoscope system.

Last month Raynham, Mass.-based Medrobotics reported raising the 1st $2.4 million of the round.

Medrobotics produces the Flex robotic endoscope system, which is designed to use a flexible robotic endoscope, a range of flexible instruments and a high-definition vision system for use in accessing and visualizing structures in the mouth and throat.

In July, Medrobotics said it won FDA 510(k) clearance for the Flex system and was planning a U.S. launch. Yesterday the company said it plans to use the proceeds from the funding round to expand its commercial reach.

Last July, Medrobotics celebrated the world’s 1st cancer surgeries performed with the Flex surgical robot in a pair of procedures conducted at a hospital in Germany. Surgeons used the Flex system to successfully remove lesions from a pair of patients, effectively launching Medrobotics’ postmarket clinical trial, which will enroll up to 80 patients in Germany and Belgium.