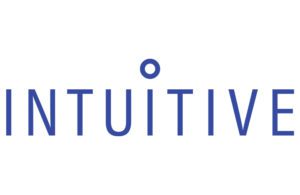 The milestone is another reminder of the leadership position Intuitive has carved out in the robotic surgery space since the first FDA clearance for a da Vinci system in 2000.

“Surgeon use of da Vinci surgical systems in more than 10 million procedures reflects the benefits that high-quality, minimally invasive surgery conveys to patients, families and the healthcare systems that care for them,” Intuitive CEO Gary Guthart said in a December 14 news release.

Guthart, however, wasn’t letting Intuitive sit on its laurels.

“While we are proud of this milestone and momentum, this is really a moment to look at what we’ve learned from these 10 million procedures and ask ourselves how we can apply that to improving the field of surgery for years to come,” Guthart said.

Intuitive presently has more than 6,500 da Vinci surgical systems installed in 67 countries, and more than 55,000 surgeons worldwide have trained on the use of da Vinci systems.

Lessons learned from the 10 million procedures will help Intuitive better focus on personalized surgical training programs, continued innovation in systems, instruments and accessories, and an expanded ecosystem of customer services, evidence development, and digital support and solutions, according to the company.

Intuitive’s fourth generation of robotic systems — the da Vinci X, Xi, and its single-port system (SP)—  have continued to evolve through technology and the addition of instruments, features, and digital support. In addition, the company is presently working on its Ion endoluminal system designed to enable robotic-assisted lung biopsy.