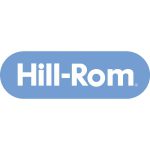 Chicago-based Hill-Rom said it picked up Anodyne Medical Device, which operates under the name Tridien Medical, to “allow the corporation to insource a significant supply chain function, and is expected to result in reduced costs and improved margins,” according to an SEC filing. Coral Springs, Fla.-based Tridien Medical develops and manufactures and markets support surfaces and patient positioning devices.

Hill-Rom also said it inked a $1.46 billion term loan A facility from JPMorgan Chase Sept. 21 – up nearly $500 million from an earlier announcement.

The company also handed off its WatchChild fetal monitoring system division to Perigen for an undisclosed amount, according HiStalk, which reported that WatchChild’s 18 employees will move on to work under PeriGen.

PeriGen touted the purchase, saying that the acquisition “creates the most comprehensive perinatal safety platform available,” according to a press release.

“When the PeriGen and WatchChild teams came together to discuss a combination, we shared a vision to provide a suite of clinical and IT management tools that go far beyond basic fetal surveillance and EHR interfacing. Our respective customers are demanding a strategic solution rather than just a utility that digitizes the fetal strip; they want more clinical, financial and operational control and impact,” CEO Matthew Sappern said in prepared remarks.

PeriGen said it closed an investment round in conjunction with the acquisition, with funding led by Ambina Partners and joined by Galen Partners and Trident Capital.

“All of us on the WatchChild team are enthusiastic about what this means for our customers in the way of innovation, resources and commitment to advances in patient safety and operational excellence. Building on these two platforms, sharing ideas and experience, is an exciting opportunity for the company, our customers and, ultimately, patients,” WatchChild GM Brian Bishop said in a prepared statement. Bishop will stay on as chief product officer after the acquisition, responsible for product strategy and development, PeriGen said.

In August, Hill-Rom saw shares tick up slightly after reporting higher-than-expected earnings for the 3rd quarter, lifting its outlook for the 4th quarter and full fiscal year.

The Chicago-based company reported profits of $45 million, or 68¢ per share, on sales of $556 million for the 3 months ended June 30. That amounts to a 140% bottom-line gain as sales grew 47.6% compared to the same period last year.

After adjusting to exclude 1-time items, earnings per share were 81¢; Analysts on Wall Street were looking for an adjusted EPS of 76¢.