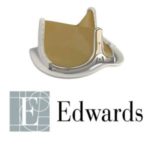 The Irvine, Calif.-based company said the valve is the 1st in a “new class of resilient heart valves” which incorporate its Resilia tissue and features a Perimount Magna ease valve and VFit technology for future valve-in-valve procedures.

“The Inspiris valve creates a new class of surgical valves and includes key patient-focused innovations, such as the resilient tissue and the VFit technology, to advance the treatment of patients with heart valve disease. In partnership with surgeons, Edwards is committed to developing differentiating technologies that set a new standard for surgical heart valves,” surgical heart valve therapy corp veep Bernard Zovighian said in a press release.

The company touted its Resilia tissue as a 1st-of-its-kind tissue platform designed with improved anti-calcification properties and sustained hemodynamic performance.

“Heart valve patients are living longer and want to maintain their active lifestyles. The Inspiris valve provides surgeons and their patients with an advanced treatment option that represents an ideal foundation for the future treatment of heart valve patients,” Dr. Vinayak Bapat of London’s Guy’s and St. Thomas’ Hospital said in prepared remarks.

Edwards said it is planning a targeted commercial release of the valve in Europe in the 4th quarter of this year, with a full launch in the 1st quarter of 2017.

Earlier this month, Edwards Lifesciences said it won CE Mark approval in the European Union for an expanded indication for its Sapien 3 transcatheter aortic valve replacement.