Continue to Site
Home » Baxter completes $12.5B acquisition of Hillrom 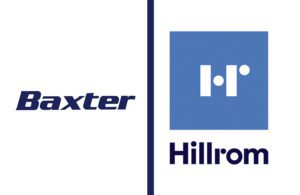 That purchase price reflects a 26% premium to Hillrom’s closing stock price on July 27, 2021, the last trading day before media reports speculating on the potential transaction, as the companies had previously confirmed when they announced acquisition plans in September. When Hillrom announced its fourth-quarter earnings results, the company said the merger remained on track to close in 2022, but the completion has come a few weeks before the new year.

Read: Medtech M&A: The industry’s biggest mergers and acquisitions of 2021

Baxter has stated that it expects approximately $250 million in annual pre-tax cost synergies by the end of year three due to the acquisition. In addition, the company expects the deal to be low double-digit accretive to the company’s adjusted EPS in the first full year after closing, increasing to more than 20% by year three.

“We are invigorated by the potential to create value for patients and customers in new ways as a combined company,” Almeida said. “We are energized by the power we bring together as one team united in our mission to save and sustain lives. We are very excited to welcome our Hillrom colleagues to Baxter.”