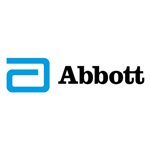 CEO Miles White proved today that he wasn’t just blowing smoke last week when he said that Abbott (NYSE:ABT) has powder to burn and is ready to use it.

Abbott today revealed a pair of investments aimed at building out its presence in the mitral valve replacement market, saying it put another $225 million on top of the stake it already owns in Tendyne Holdings and announcing an unspecified strategic investment in Cephea Valve Technologies.

The total value of the Tendyne deal is $250 million, including a $225 million up-front payment, plus future regulatory milestones, the Abbott Park, Ill.-based company said. It’s expected to close during the 3rd quarter.

Abbott also said it acquired a stake with an option to buy in Santa Cruz, Calif.-based Cephea, for an undisclosed amount.

“Mitral valve disease is highly complex and requires multiple treatment options in order to tailor the therapy based on each person’s anatomy and health situation,” Abbott’s executive vice president of ventures John Capek said in prepared remarks. “The Tendyne acquisition and our agreement with Cephea broaden our foundation as one of the leaders in treatments for mitral valve disease, with the goal of bringing promising, less invasive valve treatment technologies to people who need them.”

The Tendyne and Cephea investments augment Abbott’s existing mitral valve treatment, the MitraClip, which won pre-market approval from the FDA in October 2013.