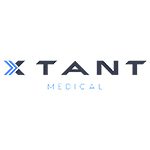 Xtant Medical  saw shares tick up approximately 2% after releasing preliminary revenue figures for its 2nd quarter that saw and EBITDA up from its 1st quarter.

The company said it expects to report revenue between $21.45 million and $21.65 million for the 2nd quarter, which is close to the $21.66 million it reported last year during the same quarter, according to a press release.

In March, Xtant Medical said its X-Spine Systems subsidiary won FDA 510(k) clearance for its Xspan laminoplasty fixation system designed for use in the lower cervical and upper thoracic spine.

Spinal laminoplasty is a surgical procedure designed to remove pressure from the spinal cord through the restructuring of the lamina through a window or opening to allow the spinal canal to increase in size without losing stability or movement.

Xtant Medical said its Xspan will be available to a “limited number of key surgeons” in the 2nd fiscal quarter of 2016 with a larger general release to follow later in 2016. The company said the worldwide market for laminoplasty is estimated to be $110 million “and growing”.