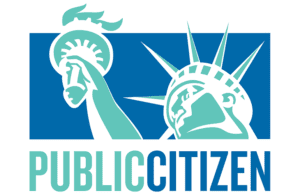 If it wins emergency use authorization (EUA), molnupiravir would be the first oral treatment for COVID-19. But Carome brought up several potential problems with molnupiravir during today’s public comment period of the FDA’s Antimicrobial Drugs Advisory Committee meeting.

First, Carome argued that the drug appeared to have modest efficacy, offering a relative risk reduction against hospitalization or death of 30% through day 29 of the MK-4482-002 Phase 2/3 study.

Get the full story from our sister site, Drug Discovery & Development.

The pharma and biotech editor of WTWH Media, Brian is a veteran journalist with more than 15 years of experience covering an array of life science topics, including clinical trials, drug discovery and development and medical devices. Before coming to WTWH, he served as content director focused on connected devices at Informa. In addition, Brian covered the medical device sector for 10 years at UBM. At Qmed, he overhauled the brand’s news coverage and helped to grow the site’s traffic volume dramatically. He had previously held managing editor roles on two of the company’s medical device technology publications. Connect with him on LinkedIn or email at bbuntz@wtwhmedia.com.