Continue to Site
Home » What makes a well-controlled clinical trial? 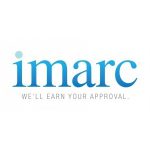 In the 21 CFR 314.126, the FDA lays out regulations as to what makes an “adequate and well-controlled study” as one that has:

A good experiment, like a good clinical trial, often has blind controls or double-blind randomization to compare the end results.  The goal for a well-controlled experiment is for it to be repeated many times with the same or statistically similar results. Clinical trials are typically not repeated as much as they are designed with large numbers of subjects to remove the bias that could occur in a study with small subject sampling.  This helps to rule out random samples or outliers in the “experiment”.

Many would argue there are other things that go into the makeup of a well-controlled clinical trial, especially once sites and patients get involved.  Having a research team with adequate facilities, knowledge of the federal regulations, the time and staff to work on the project is imperative. Additionally, having timely, well-documented data is vital to the trials continued success, which helps ensure the trial is being conducted in a way that will produce relevant results.

What are your thoughts on what makes a well-controlled trial?

The opinions expressed in this blog post are the author’s only and do not necessarily reflect those of MassDevice.com or its employees.