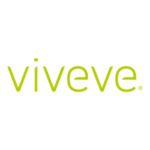 Viveve (NSDQ:VIVE) said today it won regulatory approval from the Ministry of Food and Drug Safety in South Korea for its Viveve non-surgical treatment for post-partum laxity of the vaginal introitus.

The company said it already inked an exclusive distribution partnership in South Korea with JOYMG, a medical device distributor in the region.

“The receipt of market approval in South Korea represents another important milestone in our commercialization of the Viveve System in Asia and our quest to make this clinically proven treatment available to the millions of women around the world who are living with vaginal laxity. South Korea represents a major global market for women’s health treatments, and we expect to rapidly build our commercial presence there through our partnership with JOYMG,” CEO Patricia Scheller said in a press release.

In July, Viveve said it inked 6 new distribution deals to expand the availability of its Viveve non-surgical treatment for post-partum laxity of the vaginal introitus to 14 Latin American countries.

Viveve touted that it now has 23 exclusive distribution deals covering 65 countries around the world, with regulatory clearance in 25 of those countries so far.