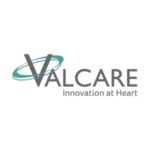 The Amend mitral valve repair annuloplasty ring is a semi-rigid, D-shaped ring designed to be delivered transapically through a catheter-based delivery system secured to the annulus by a series of novel integral anchors, the company said.

“The procedure was performed on a high surgical risk patient, in a minimally-invasive transapical approach and in a relatively short time. Using the Valcare system we were able to repair the patient’s mitral valve and significantly reduce valvular incompetence, reducing MR from sever (4+) to trace (1). We are excited to be one the first centers in the world to use this novel technology to help our patients,” Amit Segev of Israel’s Heart Center at Sheba Medical Center said in a press release.

The Amend device was also implanted in a compassionate care procedure in April at the Shaare Zedek Medical Center Interventional Cardiology lab in Jerusalem by Dr. Gino Gerosa and Dr. Andrea Colli, the company said.