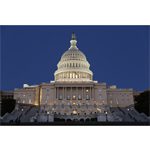 The U.S. Senate voted 94-5 today to pass the 21st Century Cures Act, sending the measure to President Barack Obama, who is likely to sign it into law soon.

The U.S. House voted to pass the healthcare measure by a vote of 392-26 last week. Supporters of the bill say it will spur medical innovation by speeding up the regulatory process for device-makers and pharmaceutical companies, while expanding access to mental health treatment and battle the ongoing opioid epidemic. But critics, like Sen. Elizabeth Warren (D-Mass.) and Sen. Bernie Sanders (D-Vermont), have said the bill gives hand-outs to the pharmaceutical industries and cuts public health programs.

The $6.3 billion measure, which has been 2 years in the making, was sponsored by Rep. Fred Upton (R-Michigan) and authorizes $4.8 billion for the National Institutes of Health and $500 million to the FDA. The bill includes provisions which allow clinical trials for devices and drugs to be designed with fewer patients and simpler goals.

“The 21st Century Cures Act is a true victory for every patient and our health care system,” Sen. Pat Roberts (R-Kansas) said in a statement.

“AdvaMed commends the Senate for passing this important piece of legislation. The 21st Century Cures Act is a win for patients and for medical innovation. When fully implemented, this legislation will help accelerate the discovery, development and delivery of medical advancements to ensure more timely access to new treatments and cures for patients in need,” Scott Whitaker, president & CEO of the Advanced Medical Technology Association, said in a statement. “AdvaMed has been a strong proponent of the 21st Century Cures Initiative from its earliest stages. We are pleased that this legislation – which will have such a positive impact for patients and the American innovation ecosystem – has passed one more hurdle to becoming a reality. We urge the president to sign this bipartisan bill into law as expeditiously as possible so patients can begin benefiting from its many reforms.”