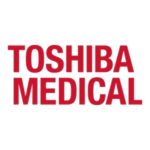 The company said its MR Theater is designed to give patients a visual focal point to distract them from the exam and encourage them to relax and stay still, which results in more efficient, high-quality imaging.

In June, anti-trust regulators in Japan reportedly approved the $6.5 billion acquisition of Toshiba’s medical device business to Canon (NYSE:CAJ), but warned about the deal’s questionable structure.

Toshiba managed to book the sale before the deal actually closed by setting up a holding company with just $300 in assets to skirt Japanese anti-trust regulations. Japan’s Fair Trade Commission said the method may be in violation of antitrust laws, but declined to issue a fine and approved the deal anyway.