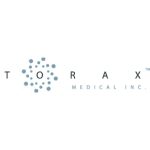 Torax Medical raised $25 million in a new round of equity financing, according to an SEC filing posted today.

Money in the round came from 17 anonymous sources, according to the filing. Torax Medical has not yet said how it plans to use funds raised in the round.

In April, Torax Medical said that the 1st U.S. implantation of its Fenix system was performed late last week. The procedure was carried out at Jacksonville, Fla.’s Mayo Clinic by Dr. Paul Pettit, the St. Paul, Minn.-based company said.

The FDA announced the device had been cleared for marketing in mid-December, with indications for treating fecal incontinence in patients who are not candidates for, or have failed with other options to treat the issue.