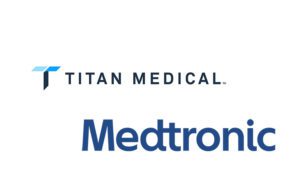 Titan Medical (TSX:TMD;OTC:TITFX) announced today that it completed the final milestone under a development and license agreement with Medtronic (NYSE:MDT).

Toronto-based Titan’s fourth and final milestone under the agreement was completed on schedule, meaning the company will receive a payment in exchange for licensing the developed technologies to Medtronic. At the same time, Medtronic will retire its secured loan to Titan.

According to a news release, both the license payment and the loan retirement will complete this month.

The two companies entered into the development and license agreement in June 2020. Titan has since achieved three milestones, including raising $18 million in capital in October 2020. It also received a $10 million payment for the second milestone and an additional $11 million for the completion of the third technical milestone.

Under the development and license agreement, technologies developed may be used by both Titan and Medtronic in their respective businesses. Titan said it filed several new patent applications due to its development activity. At the same time, it retains worldwide rights to independently commercialize technologies for use with its Enos robotic single access surgical system.

“The completion of milestone four and the associated license fee is a significant achievement. The team in Chapel Hill has done an outstanding job on timing and delivery despite challenges and constraints introduced by the COVID-19 pandemic,” Titan Medical Interim President & CEO Paul Cataford said in the release. “On behalf of the board and our employees, I would like to thank Medtronic for their trust and confidence in our team and our technology.

“This development and license agreement and collaboration has provided capital and the opportunity to further develop our team and our single-access platform.”