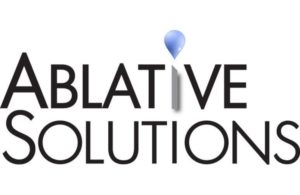 Ablative Solutions pulled in $77 million in Q1 of last year during a Series D funding round in the later stage of development, according to the MoneyTree report.

Ablative Solutions is developing devices that treat hypertension. The company closed its Series D funding round in early January last year, which was slated to support the completion of clinical trials for its Peregine System.

The company’s Peregrine System is an infusion catheter that delivers diagnostic and therapeutic agents to the perivascular space surrounding the blood vessels. The company just today touted study results in which the system accomplished renal denervation, and resulting hypertension treatment, by delivering microdoses of dehydrated alcohol.