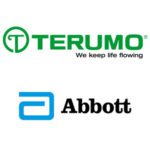 Terumo Corp. (TYO:4543) said today it reached an agreement with Abbott (NYSE:ABT) and St. Jude Medical (NYSE:STJ) to acquire vascular products from both companies in connection to their $25 billion merger.

The deal will include St. Jude’s Angio-Seal and FemoSeal vascular closure product lines and Abbott’s Vado steerable sheath. Together, the total annual sales of the businesses are approximately $268 million, Terumo said.

“The acquisition, which brings us leading vascular closure devices, will enable Terumo to provide customers with a comprehensive product offering in minimally invasive entry site management and lesion access. We expect that the acquisition will enhance our presence in the United States, which is the largest market for medical devices,” prez & CEO Yutaro Shintaku said in a press release.

Japan-based Terumo said the acquisition will allow it to “maximize the value of the acquired businesses and contribute to supporting safe and efficient interventional procedures.”

The company originally announced the deal to pick up the assets from the merging company in October. Abbott said it expects to “mitigate” any impact on its adjusted earnings per share from the asset sale to Terumo.