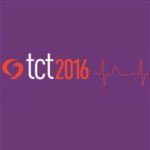 The annual Transcatheter Cardiovascular Therapeutics conference is under way in Washington, D.C., with late-breaking study results beginning yesterday. We’ll update this post throughout the day as new results come in, so be sure to check back for the latest news out of TCT 2016.

Stents took center stage Day 1, with a raft of studies covering the latest on the bioresorbable front.

Drug-eluting stents are as effect as coronary artery bypass grafts in treating patients with blocked left main coronary arteries, according to a study that compared Abbott‘s (NYSE:ABT) Xience DES with CABG in more than 1,900 patients presented today at TCT 2016. But data from a 2nd study, the 1,200-patient Noble trial, showed similar mortality rates for percutaneous coronary intervention and CABG, but a higher rate of major adverse events at 5 years for PCI.

The Excel trial followed the patients, who were randomized to treatment either with Xience or CABG procedure, for at least 2 years and a median of 3 years.

About 15% of patients in each arm had a heart attack, stroke or died within 3 years, lead author Dr. Gregg Stone, of New York City’s Columbia University Medical Center, said in a press release.

“In other words, stents were equally effective as bypass surgery,” Stone said.

The study also analyzed 30-day complication rates, showing that the stented cohort had significantly lower rates of death, stroker, heart attack or revascularization than the CABG cohort (4.9% compared with 7.9%). And fewer stent patients had major bleeding, infections, kidney failure or severe abnormal heart rhythms, according to the study, presented at the annual Transcatheter Cardiovascular Therapeutics conference in Washington, D.C., and published online in the New England Journal of Medicine.

“Our study has shown that many patients with left main coronary artery disease who prefer a minimally invasive approach can now rest assured that a stent is as effective as bypass surgery for at least 3 years, and is initially safer, with fewer complications from the procedure,” Stone said. “Our study establishes stents as an acceptable or preferred alternative for patients with [left main coronary artery disease] and low or moderate disease complexity in the other 3 coronary arteries – about ⅔ of all LMCAD patients.”

“The Excel trial shows that a stenting procedure with Xience may be an acceptable way to increase blood flow to the heart for certain patients with left main coronary artery disease, taking into account a patient’s individual circumstances,” Abbott vascular chief medical officer Dr. Charles Simonton said in prepared remarks. “This is important news for patients because in addition to improved safety, stenting procedures are much less invasive than open heart surgery, potentially reducing recovery time and healthcare costs.”

The Noble study, presented at TCT 2016 and also published in The Lancet, had a primary endpoint of major adverse cardiac or cerebrovascular events – a composite of all-cause mortality, non-procedural myocardial infarction, any repeat coronary revascularization and stroke.

Kaplan-Meier 5-year estimates of MACCE were 28.9% for PCI and 19.1% for CABG, exceeding the limit for non-inferiority and demonstrating superiority of CABG over PCI. Five-year estimates were 11.6% for PCI and 9.5% for the bypass procedures for all-cause mortality and 6.9% and 1.9%, respectively, for non-procedural myocardial infarction; 16.2% vs. 10.4% for any revascularization; and 4.9% vs. 1.7% for stroke.

“Our findings of similar mortality but higher rates of myocardial infarction and repeat revascularization in patients undergoing PCI compared to CABG are consistent with previous studies of coronary revascularization in patients with LMCA disease,” lead author Dr. Evald Christiansen, of the Aarhus University Hospital in Skejby in Denmark, said in prepared remarks. “However, the low mortality following treatment in both groups demonstrates that modern revascularization techniques can lead to excellent survival in stable LMCA patients. Further, the increased rates of non-procedural myocardial infarction, repeat revascularization and stroke associated with PCI are important considerations in selecting the optimal treatment for individual patients.”