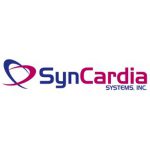 SynCardia Systems isn’t exiting the market quite yet, according to a press release posted today in response to a competitor’s claim.

Syncardia makes an artificial heart system designed to replace the functions of both the left and right ventricles and all 4 heart valves.

“SynCardia’s machine works quite well. But it’s a very old machine with a big air compressor … I’m not surprised that they’re heading out of the market,” said artificial heart developer Carmat‘s (FRA:CXT) chief exec Marcello Conviti, according to an article on Seeking Alpha.

The company said that it will “emerge from Chapter 11 reorganization” with a new owner, Sindex, on September 16, and went on to contest each point in Conviti’s statement.

Syncardia touted the functionality of the device, saying its products account for 1,625 of the total 1,688 artificial hearts that have been implanted since 1969.  The company said that statistics from an International Society for Heart and Lung Transplantation indicated that 73.5% of patients implanted with the device were either alive or transplanted with a new heart at 6-months, and touted it as the “highest bridge to transplant rate of any durable device.”

The company lauded upgrades to its air compressor, saying it has received clearance from the FDA, CE Mark approval in the European Union and Health Canada approval for upgrades to the heart, including new drivers and portable drivers, over the last 6 years.