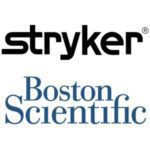 Stryker‘s (NYSE:SYK) neurovascular division this month released a recall notice for Boston Scientific‘s (NYSE:BSX) Guider guide catheter it distributes over issues with an incomplete seal that could lead to blood loss.

Both companies are coordinating to enable the recall and return of affected products, according to the recall release.

The company said that the defect would be evident during normal device preparation through standard device inspection steps or after flushing the guider catheter with saline.

Stryker said the issue was caused by a manufacturing non-conformance issue which can lead to potential hub leaks in the finished products.

The recall affects 50 different catalog and lot numbers, according to the recall release. Stryker requested that customers with the products return the devices to Stryker.

AngioDynamics said it is not associated with the recall, and that the devices affected have their own FDA clearance and are “specifically Stryker Sustainability Solutions Products.”

The devices were “part of Stryker’s (formerly Ascent Healthcare Solutions) open-but-unused program, which was strictly a sterilization service for open-but-unused devices,” according to an email statement from Stryker.