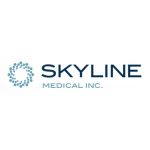 Skyline Medical said its board of directors approved and the company initiated a reverse stock split, effective at the close of business yesterday.

The move put 1 share of Minneapolis, Minn.-based Skyline Medical in the hands of its shareholders for each 25 shares they held previously. The company’s stock began trading today on a post-split basis.

As a result of the split, the number of shares in Skyline Medical has been reduced from 98.3 million to 3.9 million, the company said. No fractional stocks were issued as part of the reverse split.

“Skyline management believes that this reverse-split ratio of 1-for-25 will allow sufficient time to permit compliance while it works to cure its stockholders’ equity deficiency for continued listing.  It also will allow time to permit Skyline Medical to execute its growth strategy including consummating its joint venture with Electronic On-Ramp, Inc. to supply Streamway to U.S. government mobile operating rooms and its partnership with GLG Pharma, LLC, which intends to develop rapid diagnostic tests that utilize fluid and tissue collected by the Streamway System during procedures,” the company wrote in a press release.

Shareholders approved the reverse split in September, a long with a measure doubling the number of authorized shares of common stock.

In late August, Skyline Medical saw shares surge upwards nearly 30% after announcing a joint venture with Electronic On-Ramp, providing the company with access to bids on procurement contracts for up to $550 million or more in federal funds.

The companies expect the joint venture to be in operation by the end of the year, with 51% of the JV owned by EOR. The venture will bid on supplying medical products for mobile operating rooms and other uses. Financial details of the deal were not disclosed.