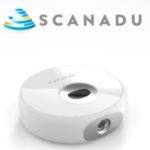 Just days after announcing it is pulling support for its flagship Scout diagnostic devices, crowd-funded startup Scanadu announced it has raised $6.5 million in a new round of funding in an SEC filing.

Money in the round came from 8 anonymous investors, according to an SEC filing. The company has not yet stated how it plans to spend funds raised in the round.

The company announced earlier this week that it had to pull support for the Scout devices due to lacking full FDA approval.

The company’s Scout was cleared as an investigational device for a clinical study, which Scanadu announced ended in November this year, leaving customers with devices that will cease functioning entirely in May next year.

The Scout was a product of the X Prize Foundation’s Qualcomm Tricorder competition, and went on to raise $1.6 million at Indiegogo, breaking fundraising records on the site.

“From the beginning of the campaign, this was an investigational device that was part of a study which has now reached its endpoint with data collection for the study ending in November 2016. FDA regulations require that all investigational studies be brought to closure and their respective devices be deactivated. As a result, we will deactivate the Scanadu Scout devices by May 15, 2017,” a Scanadu spokesperson said, according to TechCrunch.

Data collected from the devices is being used in an 18 month Scripps Translational Science Institute study survey, which is planned to be issued in May next year, according to the TechCrunch report.