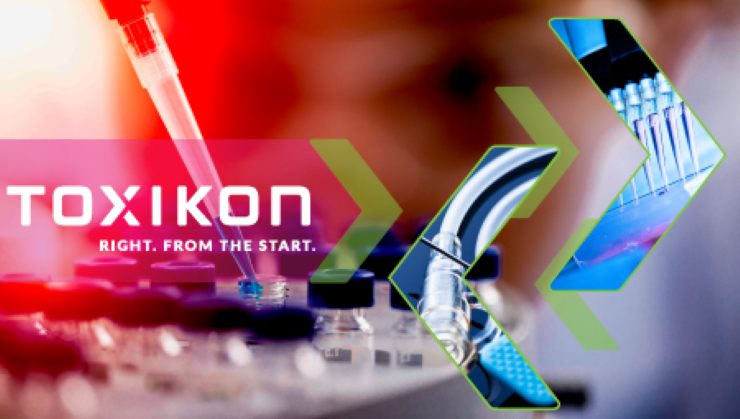 When developing a preclinical testing plan for medical devices, selecting the correct extraction solvents can be confusing. Incompatibility between solvent and device may result in an extract that is unusable or harmful to the test system. A Solvent Compatibility Test can make the selection process easier, as well as avoid post-extraction changes that cause complications during testing, saving time, and resources.

By performing a Solvent Compatibility Test, either at your facility or through an outside organization, you will help to ensure that your testing is aligned to regulatory expectations.

The goal is to define the extraction conditions that will be performed when your device is tested under GLP requirements, providing data in advance of the actual testing plan to avoid repeat testing and aligned with device end-use.

To decide if in-house Solvent Compatibility Testing is right for your medical device, this article will discuss the basic information to provide a framework of test material to be tested aligned with the steps to perform the testing, which are simple and require minimal supplies.

The Solvent Compatibility Test needs to mimic the type of extraction that will be performed for preclinical testing, so the first consideration should be to determine if you are conducting analytical, In-Vitro testing, or In-Vivo testing related to your test article.

Extractions vary depending on the testing program, as described above. While the process may appear similar for both biological and chemical extractions, the conditions in which they take place are different.

Once you have a clear view of the kind of extraction you are required to perform based on regulatory guidance, you can review the 4 steps that follow. Anything you note during your in-house extraction testing can be communicated to the laboratory, who can then work through any possible changes to determine alternate solvents or more appropriate conditions for your device. The first step in a Solvent Compatibility Test is preparing the device for the testing conditions.

*A note on terminology: solvent is an appropriate catch-all term used throughout this article, but in the context of specific tests, the term “solvents” is used for chemistry testing, whereas the term “vehicle” is more commonly used to describe In-Vivo /In-Vitro extracts.

Begin with a device or material that is as close to the finished product as possible. It does not need to be sterile or assembled, provided all materials are present, especially soft or pliable components. If the device is assembled, disassemble the device and separate out the portions of the device to be tested: (segregate parts that will be tested from parts to be excluded). An entire device doesn’t need to be used if it’s large and cumbersome (e.g. fluid sets or bags), as long as the materials are represented.

During this process, it will likely be necessary to cut or section your device and/or materials as appropriate as per ISO 10993 Part 12. Please note any difficulties you may encounter during the process. Does it cut easily? Is it brittle? Does it crumble or produce fine debris? Will cutting the device significantly change the surface area? Are there any sections that should or should not be cut (such as elastomers)?

Discuss any of these, or similar examples and observations with the testing lab so special care can be taken when preparing the device for preclinical testing. This will avoid the loss of materials, and help prevent debris from entering the test system causing an unintended alteration of the test system. Once the device is prepared, you can move on to the next step of choosing appropriate solvents.

When conducting an actual extraction for GLP or other tests for chemical analysis, the solvents should be pure reagents to avoid masking or confounding the chemical analysis. For biocompatibility testing vehicles, need to be known non-reactive compounds with high purity and tight control of constituent compounds. Most testing batteries use the following three types of solvents:

Note that though an aqueous solvent is polar, it does have other significant characteristics, such as being an oxidizer that requires it to be evaluated on its own1.

The most common solvents used when running an Analytical chemistry model are:

The most common solvents used when running an In-Vivo/Vitro model are:

To conduct your in-house Solvent Compatibility Testing, you do not need to purchase solvents. Many common household items are sufficient to test for compatibility. For analytical chemistry extractions, hexane paint thinner can be used for hexane, nail polish remover for acetone, and distilled water for aqueous extraction.

For In-Vivo / In-Vitro extractions, grocery store vegetable oil can be used in place of cottonseed oil and saltwater for saline solution. The important thing is that you use at least one polar and one non-polar solvent, so the results are comparable with the type of extraction you are trying to replicate.

Once you have selected your extraction materials, you can now move to step 3 of the Solvent Compatibility Testing, which is “exposing” your device to the solvent.

You will need a non-reactive extraction vessel; clean clear glass jars work best to prevent reactions to the container. They should also have lids to prevent evaporation of the solvent. Anything from a jam jar to laboratory glassware works well as long as it has been thoroughly cleaned. Place the prepared pieces of the device to be tested into each jar and add a measured amount of solvent/vehicle, enough to fully submerge the pieces. Ensure that each container only has one solvent and be careful to avoid cross-contamination in the measuring process.

Use enough free fluid that all test material(s) are/is covered, but not enough that a color change would not be noticeable and diluted out. Measuring the amount of solvent that you add to your container will allow you to estimate how much the device may have absorbed at the end of testing, which should be noted for the testing lab, e.g if a portion of your device floats.

Finally, cover the containers to prevent evaporation or spilling and leave them in a warm location, a warm windowsill or near another heat source works, agitating the containers over the next few days if possible.2 If you have access to an incubator, the ISO approved temperatures are 37°C, 50°C, and 70°C. The temperature an extract should be conducted at is based on the materials being tested. It should be as warm as possible without causing change to the test article or entering the glass transition temperature range.

The glass transition temperature is when an object is still a solid but becomes softer, for example, when microwaving something plastic. Reaching this temperature means you may be releasing more impurities or toxic substances than would be released under normal conditions; this should be avoided.

Once the device has been submerged in the solvents for a few days, you can begin to evaluate the extract, which is the 4th and final step in the Solvent Compatibility Test.

With the extraction complete, it’s time to evaluate the material and solvent/vehicle for any Post-Extraction Changes. When evaluating the extract, and the extracted device, you are observing any of the followings changes in either solvent or the device:

Note that since pH change is a non-visible change, it is often overlooked in the solvent. Although pH change is less of a concern in analytical chemistry testing, extreme changes in pH are incompatible with living systems and need to be avoided, so it is important to check for pH changes when extracting for In-Vivo/Vitro extracts.

It is also important to evaluate whether the device behaves the same in each solvent tested. While a device may have no reaction and is compatible with one solvent, it may suffer a significant degradation or absorption in another solvent. These changes do not necessarily complicate testing; they are essential to know in advance and can be used to direct the testing lab about what is deemed acceptable for your device. This step is crucial and will ultimately assist your laboratory to avoid testing delays by allowing them to have a better understanding of the device and potential compatibility issues with solvents/vehicles prior to preclinical safety testing.

Post extraction handling may include additional steps such as pH balancing, centrifugation, filtration, or other steps prior to testing your device. These additional steps can at times be questioned by FDA reviewers, so it’s best to have justification and full documentation on any post-extraction processing steps. These discussions should take place with the FDA if required prior to initiating a full testing program.

Conducting this simple in-house process helps better prepare your device for success in the preclinical safety testing process. If, after conducting this process, you find post-extraction changes you are unable to mitigate, or you simply do not wish to undertake the test yourself, Toxikon can provide our customers a Pre-Extraction Testing and Solvent Compatibility Testing program to help you navigate these challenges. Remembering these simple steps will facilitate a more efficient and successful biocompatibility testing program.

Thaddeus Williams, D.V.M.
Thadd Williams is a Study Director of In-Vivo Biocompatibility at Toxikon Corporation. In addition to overseeing a variety of biocompatibility testing programs for medical device manufacturers. Thadd has directed the preparation of numerous extractions of medical devices to be used for testing batteries.

1 Aqueous = water. Water is a polar solvent, but not all polar solvents are water. Analytical chemistry tests need to extract in water as well as polar and non-polar solvents since water can have dissolved oxygen that will oxidize/rust the material. For Vivo/Vitro tests objects, that degrade in a strongly polar
solvent may not undergo any change at all in water.
2 Use caution when using flammable solvents near potential ignition sources, such as an incubator