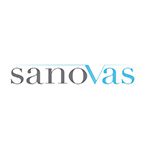 The newly-launched subsidiary won’t just supply a single tool for treating chronic sinusitis, which affects over 28 million Americans, but a suite of technologies, Sanovas CEO and system co-inventer Larry Gerrans told MassDevice.com in an interview.

“I wanted to create the tool belt, not just the tool. We’ve created a number of very complimentary tools that will improve physicians access and imaging along with the treatment procedure and measurement. It runs with the theme which I’ve always had, which is that you have to AIM – access, image and measure. Then you have the ability to perform diagnostics and treatment,” Gerrans said.

The company looks to deliver a suite of technologies to handle the procedure, Gerrans said. Included in the RegENT system are a deflectable needle for improved anesthetization, advanced procedural visualization through a smart, semi-compliant balloon catheter designed for maintaining healthy anatomy, and navigation with an articulated guide-sheath.

“Peer reviewed data suggests that more than 20% of the 13 million U.S. patients that are treated with medication for chronic sinusitis fail to respond.  So, there are about 2.6 million patients looking to surgery as an ultimate solution. However, current treatments in sinus surgery aren’t precise and come with complications,” chief medical officer & co-inventor of RegENT Dr. Chris Baker said in a press release.

Gerrans said he helped create the system after noticing a number of new balloon sinuplasty technologies come to market, and questioning their impact on the bony sinus ostia in the nose. Side effects of existing balloon sinuplasty procedures include bleeding, loss of olfactory sensation, aesthetic conditions and empty nose syndrome, according to Gerrans.

“What we know about current balloon sinuplasty technologies is that they essentially widen the sinus, and they fracture the sinus ostia. That can lead to bleeding, scarring, recurrent stenosis and revision procedures, and we’re seeing that in the data now,” Gerrans said. “I invented a novel system of measurement called OsteoSense. Essentially what that does is it creates a smart balloon catheter that can measure the relative levels of deformation of the sinus ostia so that you can sequentially and rhythmically inflate and deflate the balloon within the sinus to open it, relieve congestion, remodel the sinus cavity and mitigate sinus ostia fracture, while preserving the patient’s anatomy.”

“Patients start to get anxiety, they feel like they can’t breathe, their eyes tear up and its uncomfortable. A lot of patients don’t tolerate office-based sinusitis procedures very well. If you can imagine, you’re sitting right in front of the brain, below the eyes, you have all that sensory perception going on, you’re smelling it, you’re feeling it, you can almost see it, it can be maddening,” Gerrans said.

The technologies make up what Gerrans calls “the next-generation tool belt” for office-based sinuplasty, which he says is “cost effective and comparatively inexpensive compared to current procedures, which he hopes will help propel SinuGeniX over the coming years.

“It’s probably going to be 2 years of mass commercialization, competing in the market place and then working on the next generation. We’ve already got that in the queue. We’ve got some really exciting stuff that will follow on to this, but right now we want to get the core tool belt out there and do our best to serve the greater good,” Gerrans said.