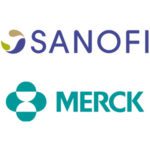 The Paris-based company said it is seeking an injunction and damages from Merck for filing a new drug application with the FDA that challenged 10 of Sanofi’s patents covering its Lantus and Lantus SoloStar products.

Sanofi’s insulin glargine injection device is a 3 milliliter cartridge, with 100 units of drug per milliliter.

Sanofi said it filed the lawsuit in the U.S. District Court for Delaware, where Merck has fought patent battles before.

Merck notified Sanofi in August that it was filing an NDA for an insulin glargine injection which challenged Sanofi’s the patents associated. Sanofi filed the suit after unsuccessfully trying to negotiate a copy of the NDA from Merck, Sanofi said.

Sanofi submitted a new drug application for iGlarLixi in December 2015, spending $245 million for priority review, which the FDA granted in February. An advisory panel recommended approval in May, setting the stage for a decision later this month. The FDA’s request for additional information pushes the decision date back to November 2016.

The delay was a blow to Sanofi’s attempt to get the device to market before a similar device by rival Novo Nordisk (NYSE:NVO) is approved. The FDA is set to deliver a decision on Novo Nordisk’s device, iDeglira/Xultophy, sometime this month.

As of Monday afternoon, Merck has not released an official statement about the suit. Sanofi released a brief statement, acknowledging that it filed the suit.