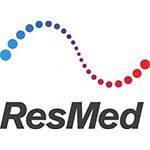 ResMed (NYSE:RMD) earlier this month initiated an Australian recall of its Astral 100 and Astral 150 ventilators, due to internal battery issues.

While the internal batteries are intended to provide power support for up to 8 hours “under normal conditions,” but the company said it has received reports of an internal electrical issue which led to stopped ventilation without the ‘low battery’ or ‘critically low battery’ alarms activating as intended.

If support with the device is discontinued due to the error, patients could “be at risk of serious health problems,” according to the Australian Department of Health Therapeutic Goods Administration.

ResMed said the error is more likely to occur when the internal battery has been charged a high number of times.

The company said it will replace the internal batteries in all the Astral 100 and Astral 150 ventilators in use as part of routine maintenance service, which is set to commence in September.

The affected ventilators are designed to provide support to patients with respiratory difficulties, and can be used in both health facility and home settings.

ResMed recommended that customers with the devices take steps to assure that the devices won’t cut out on battery backup, and said that replacing the batteries is part of routine maintenance that should be performed every 2 years.