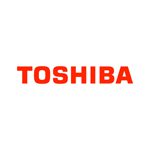 Toshiba managed to book the sale before the deal actually closed by setting up a holding company with just $300 in assets to skirt Japanese anti-trust regulations. Yesterday Japan’s Fair Trade Commission said the method may be in violation of antitrust laws, but declined to issue a fine and approved the deal anyway.

“Canon thought the deal would be approved without problem if they used this method,” FTC official Takeshi Shinagawa told reporters, according to Reuters. “This method should not be repeated by any companies and if they do in the future, they could get a red light.”

The FTC typically does not make public any warnings issued to companies over the merger process, Shinagawa added.

“We have made this particular warning public to show how serious we look at this method,” he said, explaining that the FTC approved the acquisition because it would not hurt fair competition among medical equipment makers in Japan.

The U.S. Justice Dept. and the SEC are also investigating the accounting practices at Toshiba’s U.S. businesses.

Canon declined to comment. A Toshiba spokesman said the company takes the warning seriously and will comply with rules for the notification of mergers set by the FTC.

Toshiba in March granted Canon exclusive negotiating rights to buy Toshiba Medical after a hotly contested auction. The ¥665.5 billion sale of Toshiba Medical Systems follows the February announcement that Toshiba would sell the entire medical equipment unit rather than just a controlling stake. A bidding war soon developed among a slew of private equity players and rival corporations. Toshiba has also said that it will either shut down or transfer all of its other healthcare businesses by the end of March.

The deal provided much-needed liquidity for Toshiba, which is facing mounting restructuring costs after a $1.3 billion accounting scandal. Toshiba Medical Systems put up sales of $3.60 billion (¥405.6 billion) during fiscal 2015, which ended in March of that year.

Fujifilm Holdings (TSE:4901), which lost out to Canon in the race to be picked as preferred bidder for Toshiba Medical Systems, questioned Toshiba on the asset transfer and the timing of the deal.