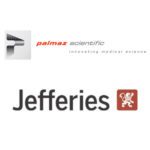 Palmaz Scientific, which filed for Chapter 11 bankruptcy protection last month, is reportedly embroiled in a dispute with Jefferies & Co. over its claim that the prominent investment bank was the placement agent for a funding round in 2012 and 2013.

Co-founded by coronary stent pioneer Dr. Julio Palmaz in 2008, the San Antonio, Texas-based company tapped Jefferies for a $7.5 million round in 2010, according to the San Antonio Express-News. But despite the fact that the Wall Street firm severed its ties with Palmaz Scientific in 2011, according to the newspaper, the medical device company continued to list Jefferies as the placement agent for another 2 years in marketing materials.

“Their name carries a lot of weight in the investment community,” Palmaz Scientific investor Toby Wilson, whose 2013 agreement to buy a $400,000 stake named Jefferies as the placement agent, told the newspaper. “When I saw their name on the private placement memorandum, my interest level in the transaction went up significantly.”

“You see someone like Jefferies on the back end of it, you kind of go, ‘Oh, all right, there are a lot of people involved in this. Makes me feel even better about the investment,'” added Robert Anderson, who bought a $50,000 stake in 2012.

In emails to Wilson, lawyers for Jefferies said the bank sent cease-and-desist letters to the company seeking to stop it from improperly using the bank’s name and that “Palmaz is no longer a client of Jefferies and has not been for years, therefore, we do not possess any information,” the paper reported, citing emails authenticated by 2 sources “with direct knowledge of the dispute.” A Jefferies spokesman declined to comment to the newspaper.

Palmaz spokesman Andy Taylor told the Express-News that the arrangement with the bank “has never been terminated by Jefferies.”

Palmaz Scientific reported a $26.3 million round in 2013 and later added another $1.3 million of a hoped-for $4.2 million; the firm had raised more than $40 million by the time of the bankruptcy filing last month.

If the company misled investors by using the Jefferies name after the bank cut ties, it would be a violation of SEC regulations, securities lawyer James Sallah told the paper.

“I absolutely think it’s fraudulent because it’s material” information if Jefferies was no longer involved with Palmaz Scientific, Sallah said. “The fact that a real broker-dealer is on there with a real significant sales network … you see how material that is?”

Palmaz Scientific last summer told its shareholders that Palmaz planned to resign as chairman in favor of former Kinetic Concepts Inc. CEO Cathy Burzik. Serving as interim CEO, Burzik was to have help find a replacement for ex-chief Steven Solomon, and a cash infusion from a group of investors led by venture capital shop Targeted Technology, where Burzik is an operating partner. Palmaz was to have remained with his namesake as chief scientific officer.

But the deal fell apart within days after Targeted Technology backed out. Palmaz told MassDevice.com at the time that the decision to end the deal was mutual and in the best interest of Palmaz Scientific’s shareholders.

The company filed for bankruptcy protection in early March, claiming that its “ability to attract capital investment and continue its business operations has been seriously impaired by a negative campaign of false information disseminated by certain individuals about the company.” Palmaz Scientific said the individuals gave false information to “investors, potential business partners, the news media and even federal government authorities – resulting in substantial damage to the company and crippling its ability to maintain its ongoing operations.”

“For example, the company asserted that the misinformation prompted a federal investigation by the U.S. attorney’s office in Dallas. The company quickly and completely cooperated in the investigation and was cleared in a letter from the U.S. attorney’s office, which not only closed their investigation, but also praised the company’s timely and transparent response,” Palmaz Scientific said in a press release at the time, claiming that it suffered “irreparable harm due to the spread of this so-called ‘information,’ with potential transactions and development projects with large medical device companies falling victim to the defamation campaign. The company will vigorously pursue its claims.”

Last October, a federal judge in Texas dismissed without prejudice a lawsuit Palmaz brought against a securities broker, Susan Harriman, finding that the case doesn’t belong in a federal court because both the defendant and plaintiff are from the Lone Star State, according to court documents. Judge Fred Biery of the U.S. District Court for Western Texas wrote that the suit should be re-filed in state court, but said “the parties would be well advised to resolve this matter before further expensive litigation, whether in federal or state court.”

Julio Palmaz, a 2006 inductee of the National Inventors Hall of Fame, helped develop the 1st generation of coronary stents, tapped as 1 of “10 inventions that changed the world” in a 2002 edition of IP Worldwide.

Palmaz Scientific has sought funding from public sources as well, winning a $3 million grant in 2010 under a Texas emerging technology fund and another $250,000 from a state program to support therapeutic discoveries. Bankruptcy filings show that Julio Palmaz and his family put almost $4 million into Palmaz Scientific last year.

Palmaz Scientific has disclosed little detail about its technology, beyond stating it addresses how tissue and blood interact with prosthetic surfaces at the atomic and molecular levels. Including patents held by Palmaz Scientific subsidiary Advanced Bio Prosthetic Surfaces, the company has amassed more than 250 patents to date in the U.S. and overseas and has another 3 dozen U.S. patent applications on file, according to its website.

Patent applications address the mass transfer or fabrication of micro-sized features onto the inner diameter surface of a stent; and a process for forming a seamless junction between the scaffold of a stent and a metallic or pseudo-metallic material covering it, according to the site.