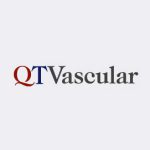 The device is a paclitaxel coated balloon meant to treat occluded arteries and mechanically dilate them with a balloon catheter, the company said.

Singapore-based medical company said it expects a commercial launch of the Chocolate Touch within the year.

“Chocolate Touch combines the low trauma Chocolate platform with the proven drug paclitaxel. In my personal experience, the Chocolate Touch has produced excellent acute clinical outcomes. I look forward to presenting the 1st Endure results at the meeting of the German Society of Angiology conference in late September,” principal investigator Thomas Zeller of Bad Krozingen, Germany’s Heart Center said in a press release.

The company said it also submitted an application for CE Mark clearance of its Chocolate Heart coronary drug-coated balloon. QT Vascular did not comment on whether or not it is seeking clearance in any other regions for the devices.

“Currently available 1st generation drug-coated balloons provide significant benefits to patients suffering from blockages in their legs, but they have limitations. We believe that the Chocolate platform with its demonstrated low rates of dissections and unplanned stenting and the addition of paclitaxel, make sense and will continue to produce clinical data to prove its benefits,” CEO Dr. Eitan Konstantino said in a press release.

In July, QT Vascular founder Eitan Konstantino lost a case against AngioScore, who won a $20 million judgment against the co-founder and former board member after a federal judge ruled that Konstantino violated his duties to AngioScore when he started TriReme Medical, Quattro Vascular and QT Vascular.