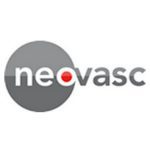 The Vancouver-based company, which last month won approvals for a 115-patient CE Mark trial of the Tiara valve in Italy, said 22 patients have been implanted with the valve in the U.S., Canada and Europe. Results from those cases were presented in Tel Aviv this week at the annual ICI Meeting by Neovasc medical director Dr. Schmuel Banai.

All-cause mortality in the 19 patients who made the 30-day mark ws 15.7%. The longest follow-up period is nearing 3 years and the valve in that patient is fully functional. The 3 patient implanted within the last 30 days are “recovering well,” the company said, noting that there was a 0% rate of 30-day mortality for the last 8 patients treated more than 30 days ago. There were no adverse events related to the valve performance, no frame fractures and no device performance issues, Neovasc said.

“Tiara’s unique shape and trigonal tab anchoring system enables the device to be securely implanted with reduced risk of projecting into the [left ventricular outflow tract] or potentially interfering with prosthetic aortic valves which are commonly present in this patient population,” CEO Alexei Marko said in prepared remarks. “Furthermore, the Tiara anchoring system does not rely significantly on the integrity of the native mitral leaflets and therefore can be suitable for certain degenerative MR patients with flail leaflets or calcification. It has also been successfully shown that the design of Tiara makes it suitable for certain cases where mitral rings have been previously implanted in patients.”

Earlier this month, Neovasc agreed to a $75 million deal with Boston Scientific (NYSE:BSX) for its biotissue business that also included a 15% equity stake. The company is embroiled in a trade secret and patent battle with Edwards Lifesciences (NYSE:EW) subsidiary CardiAQ Valve; late in October a federal judge in Massachusetts added $21 million to the $70 million Neovasc owes to CardiAQ in their spat over TMVR technology. The jury in May found that Neovasc misappropriated trade secrets in developing the Tiara TMVR. Edwards inherited the lawsuit when it acquired CardiAQ Valve for $400 million in August 2014.

Last month Neovasc dodged an investor lawsuit brought after its share price plunged in the wake of the court rulings.