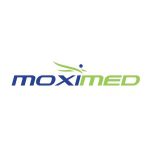 The Atlas system is an implantable joint unloader placed subcutaneously along the knee joint to absorb excess joint load rather than transfer it to healthy areas of the joint, the Hayward, Calif.-based company said.

Treatment with the system is reversible, Moximed said, leaving patients with future treatment options if their osteoarthritis becomes too severe.

“We are proud to have implanted the first CE Marked Atlas Systems worldwide. The Atlas System provides the same amount of joint unloading as the previous generation device, but it now offers a smaller device footprint and a surgical technique customized to the patient’s own anatomy. We anticipate the Atlas System will be used for a significant portion of our knee practice,” Dr. Claudio Zorz of Verona, Italy’s Ospedale Sacro Cuore Don Calabria said in prepared remarks.

The device was approved at least partially based on a 40-patient prospective, multi-center clinical study, in which study investigators reported “consistently rapid recovery and return to daily activities” after the therapy, the company said.

“We are pleased with the early clinical results and surgeon interest in the Atlas System. Building on our seven years of clinical experience with joint unloading, we are confident that the Atlas System will make a positive impact for osteoarthritis patients worldwide. We believe the Atlas System provides a significant segment of osteoarthritis sufferers the joint preserving option that will allow them to live the highly active lives that they expect and deserve,” Moximed CEO Kevin Sidow said in a press release.

In May, Moximed pulled in a $33 million Series B round for its KineSpring knee implant, which is designed to reduce the load on the joint while sparing its anatomy.