Home » Money for nothing

Imagine paying $4,675 for a piece of paper. It would make the days of $436 military hammers look pretty cheap, wouldn’t it?

Now imagine that piece of paper comes with a promise of having to pay more for your own good and where time spent acquiring that paper meant nothing.  Most rational people would have visions of Bernie Madoff or some other Ponzi scheme.

Yet this is the reality of the American Board of Medical Specialties’ Maintenance of Certification (MOC) program for practicing US physicians. 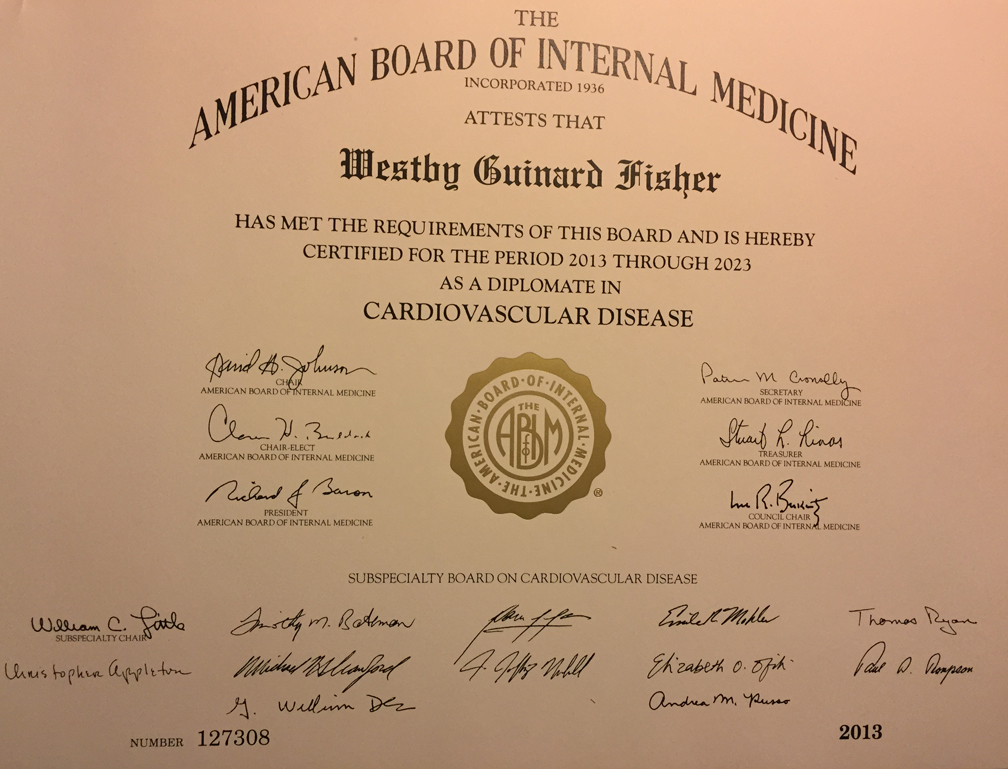 Reference (1) concludes that “Publically available characteristics of individual physicians are poor proxies for performance on clinical quality measures.” Reference (3) is a cross-sectional retrospective analysis of data on US physician respondents to the 2000-2001 Community Tracking Study linked to Medicare beneficiaries they treated in 2001 that only generated the hypothesis that “profiling practices may help develop tailored interventions that can be directed to sites where the opportunities for quality improvement are greatest.”

But the worst reference was Reference (2).  This reference is notable in part because of the glaring and inexcusable conflict of interests of every author on the manuscript. Each author was either a paid member of ABIM or an employee of Qualidigm of Middletown, CT, a data analytics firm that does the following according to its website:

Collecting relevant data, turning that data into information, and that information into action, drives almost every Qualidigm initiative and contract.

Qualidigm analysts have the qualitative and quantitative knowledge, skills and experience to provide a wide range of services including but not limited to:

So it appears that Qualidigm’s authors (and the purpose of these certificates and entire MOC program) was manufactured not only for the money it creates for these boards, but for insurance company claim denials.

Because my Cardiac Electrophysiology certificate expired in 2014, doctors should be aware of the changes that have occurred to board certificates.  I recieved this new certificate after passing by secure examination and countless hours collecting survey data, attending board review courses, and reading enough material to put the Encyclopedia Britannica to shame: 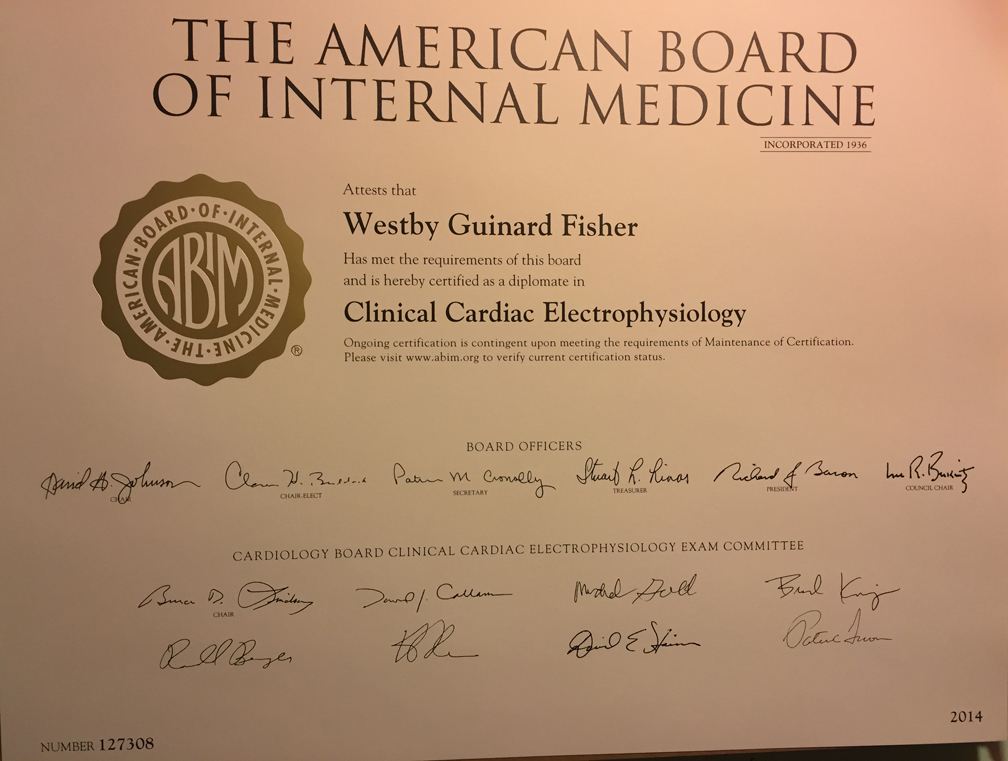 Note the fine print below the words “Clinical Cardiac Electrophysiology:”

In essense the new 2014 (and later) “Maintenance of Certification” certificates are nothing more than very expensive hyperlinks to the ABIM.org website.

Sorry, but I will never recertify and participate in this Ponzi scheme again.