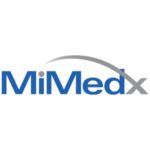 MiMedx (NSDQ:MDXG) this month released information on lawsuits filed against and by the company involving 2 former sales reps.

The Marietta, Ga.-based company said it terminated the employees after finding that they had sold other company’s products “in violation of their contractual and common law duties to MiMedx.”

MiMedx said it filed suits against the former employees following their termination related to breaches in contract.

The 2 employees returned fire, the company said, filing suits against the company after being terminated alleging that the business engaged in fraudulent business practices.

The company said today that preliminary findings of an investigation into the allegations found them to be “without merit” and that it “does not anticipate any material effect on the company’s financial statements resulting from these allegations.”

“This process began with these individuals making allegations which I viewed as not factual and fallacious.  In accordance with our corporate policies, we submitted the allegations to our board of directors to thoroughly review the issues.  However, in the process of doing that investigation, we found out that these 2 individuals had been selling competitive products and other products for over a year into our accounts.  Therefore, earlier this week, their employment was terminated and lawsuits filed against them for their breach of their duty of loyalty and contractual obligations to the company,” CEO & chair Parker Petit said in a prepared statement. “It is my opinion that this situation developed because these 2 individuals wished to leave our employment and force us into waiving their non-competition obligations.  Since the company found they had already breached these agreements for over a year, the company had no choice but to terminate their employment.  The other allegations that are made in their press release are also not factual and at the point of being ridiculous.  Mr. Kruchoski was counseled numerous times over his desire to not have oversight of his management and sales activities, and we now know that was because of these types of improper activities.”

MiMedx said it is continuing to investigate the claims, but that hte audit committee investigating the charges have found “no credible evidence” in the matter and that it does not believe it will have to make any changes to previously issued financial statements.