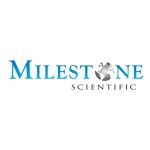 Each share sold includes warrants for the purchase of an additional 0.75 common shares of stock, offering an additional total 1.5 million shares. Warrants offered in the round have a 3-year term and an exercise price of $2.55 per share, according to a press release.

Maxim Group acted as the sole book-running manager for the offering. The company did not state how it plans to use funds raised in the round.

Earlier this month, Milestone Scientific said that the FDA denied the 510(k) application for its Compu-Flo intra-articular computer controlled injection system due to inadequate documentation showing that the device met required equivalency standards.

The company said that after meeting with the FDA’s Office of Device Evaluation, it plans to provide additional data, including a new human factor validation study to support a new 510(k) application for the device.