Continue to Site
Home » Medtronic, LivaNova get in on $12m round for European medtech incubator MD Start 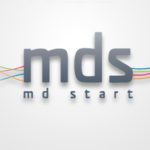 A European medical device incubator said yesterday that it raised nearly $12 million from backers including Medtronic (NYSE:MDT) and LivaNova (NSDQ:LIVN).

Paris-based MD Start invested in 3 companies using its 1st fund and has already invested in a 4th from the just-announced $11.5 million fund, which was led by French public investment bank Bpifrance and included Sofinnova Partners.

“MD Start II is not another fund nor another incubator: MD Start II is the entrepreneur as well as the incubator and the investor. We have both a strategic and a day-to-day hands-on approach to transforming innovative ideas into medical realities, in constant dialogue and partnership with the clinician inventors,” MD Start partner Anne Osdoit said in prepared remarks.

“MD Start’s uniqueness in Europe stems from the ability of its team to scout for innovative medical device concepts, screen inventions and ideas, identify projects with the largest opportunity in order to fund them, but most of all to provide the operational resources to develop the start-up companies during a 2- to 3-year incubation period,” added Sofinnova managing partner and MD Start co-founder Antoine Papiernik. “The MD Start team takes on the entire management of the projects, including business development, product development, market analysis, clinical and regulatory affairs roles, leveraging its international and hands-on experience in innovative medical devices, serial entrepreneurship and fundraising.”

The incubator’s 1st fund developed 14 projects, culminating in 4 companies that have raised a collective $45 million in venture capital: Advanced Perfusion Diagnostics, which developed a single-use device designed to monitor gut microcirculation to detect early signs of sepsis; Corwave and its implantable heart pumps; LimFlow, which developed a device to create percutaneous venous arterialization in the foot to treat end-stage critical limb ischemia; and SafeHeal (of which Osdoit is CEO) and its Colovac device for protecting anastomoses after colectomy surgery.

MD Start said it aims to screen as many as 200 medtech inventions annually and looks to winnow that field to 15 feasibility studies and eventually 4 companies.