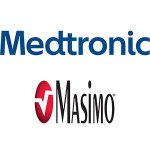 Masimo (NSDQ:MASI) said today that it re-tooled the royalty agreement it won a decade ago after a $263 million patent infringement win over then-Tyco Healthcare subsidiary Nellcor, now owned by Medtronic (NYSE:MDT) after a series of corporate buyouts.

In March 2011, Nellcor (then owned by Covidien) and Masimo agreed to cut the rate to 7.75%, resulting in a $28.3 million payment the next year; the payments hovered around that mark through 2015, for total royalties of nearly $119 million from 2012 to 2015. All told, winning in the courtroom brought in roughly $650 million for Masimo over the last 10 years, including the initial settlement amount, according to regulatory filings.

Today the Irvine, Calif.-based company said it agreed to hold the rate at 7.75% through Oct. 6, 2018, “after which no further royalties will be due under the agreement.” That agreement puts the long-simmering dispute to bed, including ongoing patent infringement proceedings, Masimo said.