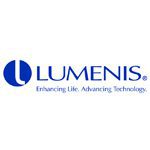 Lumenis said it completed its $510 million take over by Hong-Kong based XIO group, according to an SEC filing posted yesterday.

Shareholders will receive a merger consideration of $14 per share in cash, the company said.

In August, Luminus shareholders approved the take over, making the company a fully-owned subsidiary of XIO.

Lumenis, which raised $75 million in an initial public offering last year, was said in February to be in talks about a buyout by Chinese conglomerate Fosun for nearly $500 million. The company said XIO Group put up a $14-per-share cash offer.

In November 2013, Lumenis won clearance in the U.S. and Japan for its Array LaserLink pattern scanning device for multi-spot retinal laser treatment.

Earlier in 2013, the FDA slapped the company with a Class I recall of its VersaCut morcellator.