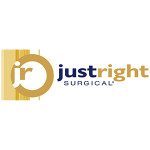 JustRight Surgical said it raised a total of $11.2 million in a Series B debt-and-equity round for its surgical stapler and sealing devices.

The Series B round, including $4.2 million in equity and $7 million in debt financing, is earmarked for furthering the U.S. and European commercialization of the Louisville, Colo.-based company’s devices.

Founded in 2010, JustRight won 510(k) clearance from the FDA for the JustRight 5mm stapler in February 2014, billing it as “the smallest classic stapler on the market.” The company raised a $7.5 million round later that year, adding to the $10.5 million it drummed up in 2013.

“The team at JustRight Surgical is inspired by the confidence our investors continue to show in our mission to bring right-sized instruments and technology to hospitals and surgeons around the world,” president & CEO Russ Lindemann said in prepared remarks. “The instruments and technology that we have developed are allowing surgeons to operate in very small spaces with the precision and safety that can change the treatment path for patients.”