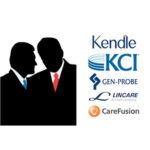 After signaling last week that it might be headed for deadlock, a federal jury today convicted an ex-investment banker on insider trading charges related to a quintet of medical device and life science acquisitions.

Sean Stewart, who worked at Perella Weinberg Partners and JPMorgan Chase, was found guilty in New York City on all of the 9 counts he faced, including securities fraud. Judge Laura Taylor Swain of the U.S. District Court for Southern New York scheduled Stewart’s sentencing for Feb. 17, 2017.

Prosecutors accused Stewart of passing information on the deals to his father, Robert Stewart, and a 3rd man. The elder Stewart, who pleaded guilty last year, was sentenced in May to a year of home confinement, 3 years of probation, 750 hours of community service and the forfeiture of $150,000 gained from the illicit trading. The 3rd man, ex-Chatsworth Securities investment banker Richard Cunniffe (whom prosecutors said kept most of the $1.16 million in illicit profits), secretly pleaded guilty in March 2015 and agreed to cooperate with authorities.

The jury in Sean Stewart’s trial ended its 4th day of deliberation August 12 with a note to Swain asking for advice if “the jury is at an impasse on a particular charge.”

“Do we continue to deliberate until we come up with a unanimous decision, which may not likely happen?” the jurors asked.

“I think it’s fair to say this is a family tragedy,” said Carmela Raiti, 1 of the jurors, told Reuters today.

Sean Stewart, testifying last month, blamed his father for the charges, saying Robert Stewart lied to him about the insider trading and claiming through his lawyer that he’d never even met Cunniffe.

“I never gave my father information so he could trade on it,” Sean Stewart testified.

He displayed no emotion today as the forewoman read the verdict, which came after more than a week of deliberation.

The deals in question

Prosecutors alleged that Stewart 1st tipped his father to the $232 million acquisition of contract research organization Kendle International Inc. by INC Research in 2011, when the younger Stewart was working as an advisor to Kendle on the deal. The elder Stewart made about $7,900 on illicit trading in Kendle stock, they alleged. When questioned, the father said he spent the money on his son’s wedding in June 2011, medicaid planning for long-term care services said.

Apax Partners and a pair of Canadian pension funds agreed to acquire Kinetic Concepts Inc. for $6.3 billion in July 2011; Robert Stewart soon began trading in KCI shares based on a tip from the son, but allegedly worried that he was “too close to the source” of insider info on the $6.1 billion deal. Authorities said Robert Stewart then asked Chatsworth Securities investment banker Cunniffe to make the KCI trades for him; those trades brought in some $108,000 for the Stewarts, according to prosecutors.

Sean Stewart left JP Morgan in October 2011 to become a managing director at Perella Weinberg, where he allegedly learned of a trio of big medtech deals: Hologic‘s (NSDQ:HOLX) $3.7 billion buyout of Gen-Probe in 2012; the $3.8 billion acquisition of Lincare by Linde AG that same year; and 2015’s $12.2 billion union of Becton Dickinson (NYSE:BDX) and CareFusion, the prosecutors said.