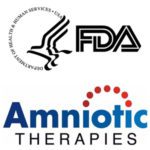 A federal judge this month blocked the FDA’s bid to force Amniotic Therapies to shut down completely, ruling instead that the maker of placental tissue-based wound-healing products must only cease distribution until a hearing slated for today in a Texas court.

The federal safety watchdog ordered the shutdown August 16 and slapped Farmers Branch, Texas-based Amniotic Therapies with a warning letter the next day. The FDA ordered the company to immediately stop manufacturing human cells, tissues or cellular-tissue-based products (HCT/Ps) and recall and destroy all product made since Sept. 11, 2014, within 5 days of receiving the order. The shutdown was to last “until compliance with the regulations … has been achieved and you have been provided written authorization from FDA to resume operations,” according to court documents. The warning letter flagged problems with the manufacture of the company’s other products, AlphaGEMS Micro and AlphaGEMS Nano.

Amniotic Therapies sued the FDA August 19 in the U.S. District Court for Northern Texas, asking Judge Ed Kinkeade to declare that the order exceeds the FDA’s authority, that it is is arbitrary and capricious and to force the FDA to suspend the order until the legal case is resolved. The company filed an emergency temporary restraining order at the same time, asking Kinkeade to block the FDA’s order.

The dispute stems from the 4 adverse event reports logged by a Cleveland hospital, St. Vincent’s, detailing infections in patients following procedures using its products, according to the Amniotic Therapies complaint. All 4 reports came from the same surgeon, the company claimed, who ignored the AlphaGEMS label instructions to either sterilize the package or fill a sterile syringe before bringing the product into the sterile operation field.

The FDA inspected the company twice, most recently in May, based in part on the MedWatch adverse event reports from St. Vincent’s, the company said in the complaint. But the FDA denied repeated requests to see the MedWatch reports and tests run on unused product at the hospital.

Amniotic Therapies has received only four complaints about use of its products in patients since distribution began in September 2014. All four were reports from St. Vincent’s Hospital in Cleveland, Ohio. The surgeon who used the products on these four patients did not sterilize the vials before bringing them into the sterile field, or withdraw the contents into a sterile syringe and bring only the pre-loaded sterile syringe into the sterile field.

“The FDA documents relating to the MedWatch reports were received by Amniotic Therapies in virtually illegible form and were only provided on the same day that the FDA order was delivered to the firm. The requests for information about the UAB tests have not been addressed,” according to the complaint.

“The FDA order is unfounded,” the company alleged, because “the cases on which FDA relied in issuing the order occurred only after administration of products different from the ones addressed by the FDA order, and those infections were likely caused by an error by surgical personnel, not by contamination of the product.

“Moreover, the FDA’s request for an immediate shutdown is outrageous, in the light of the fact that FDA concluded its inspection of Amniotic Therapies facilities three and one half months ago, and all the findings on which FDA bases its order were known at that time,” according to the complaint. “Amniotic Therapies would likely be required to lay off 3 of its 5 employees, and could not survive until permission would ultimately be given by FDA to reopen its manufacturing lines.”

Kinkeade ruled that same day to stay the FDA’s order, except as it applies to distribution of new product by Amniotic Therapies, estimating that destroying current inventory would cost the company about $360,000.

“Here, the FDA order was based on [the FDA’s] conclusion that there were ‘reasonable grounds to believe’ that products manufactured by plaintiff pose a danger to health rather than an actual finding that plaintiff’s products in fact pose a danger to health,” Kinkeade wrote, noting that Amniotic Therapies recalled the lot involved with the infections at St. Vincent’s.

The 1-page Amniotic Therapies website says only that  it is “currently undergoing scheduled maintenance.”