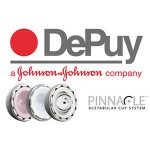 Johnson & Johnson (NYSE:JNJ) subsidiary DePuy Orthopaedics asked a federal appeals court this week to expedite the appeal of its $151 million loss in a product liability lawsuit brought over its Pinnacle metal-on-metal hip implant.

In March, a Texas federal jury slapped DePuy Orthopaedics with a $500 million judgment in favor of a quintet of plaintiffs who blamed the Pinnacle implant for their injuries. After a 2-month trial, jurors found that the Ultamet metal-on-metal version of the Pinnacle hips were defectively designed and that DePuy failed to warn patients about the risks, awarding $130 million in total compensatory damages and $360 million in punitive damages. DePuy won the 1st bellwether trial in the MDL, in October 2014. The judge in the case last week slashed the award to roughly $151 million.

J&J’s bid for a stay was denied by Judge Ed Kinkeade of the U.S. District Court for Northern Texas, but the appeals court has yet to decide on a similar request. Johnson & Johnson also wants to delay a 3rd bellwether trial slated to commence in September.

In a July 12 filing with the U.S. Court of Appeals for the 5th Circuit, the company asked that court to speed its review of the appeal and asked that the 5 cases be consolidated into a single appeal.

“First, expedited appeal should be granted because the disposition of the appeal will have broad implications for additional bellwether trials in this litigation, including an upcoming 7-plaintiff trial that the district court has slated to begin in September 2016. The [multi-district litigation] court denied defendants’ request for a stay pending appeal, citing the need to continue trying cases without delay (even though the MDL court allowed more than a year to pass between the defense verdict in the 1st bellwether trial and the start of the 2nd trial). The MDL court’s desire to try as many cases as quickly as possible underscores the importance of swift appellate review to minimize the extent to which the errors in these cases are repeated in future trials,” J&J wrote. “Second, the court should consolidate its review of defendants’ appeals in the 5 cases tried together by the trial court. While each of the cases presents individualized legal and factual issues, and they should have therefore been tried separately, a number of legal errors affected all 5 cases, making it more efficient to address the appeals together.”

In overturning the $500 million award in the 2nd bellwether, Kinkeade said he was compelled to reduce the verdict under a Texas state law limiting punitive damages according to a specific formula. Kinkeade also ruled that DePuy can’t delay the 3rd bellwether in the Pinnacle MDL; the company had asked the judge to give it enough time to appeal a $500 million jury verdict in the 2nd bellwether. DePuy wanted Kinkeade to pause the 3rd bellwether while the the U.S. Court of Appeals for the 5th Circuit considers its petition for a writ of mandamus.